We set off on a 253 km journey to The Divide car park along the Te Anau highway as we headed to do the Key Summit Track.

The long three-hour drive from our hostel was worth it and despite being hungry, we tracked 1 hour 30 minutes up to reach the top. Not knowing what views to expect at the top, we came across patches of snow along the bushes. Before we know it, we were greeted by fresh white snow all around us. It was my first time encountering snow and though there was no snowfall, it was still fun to step into the ankle-deep snow. 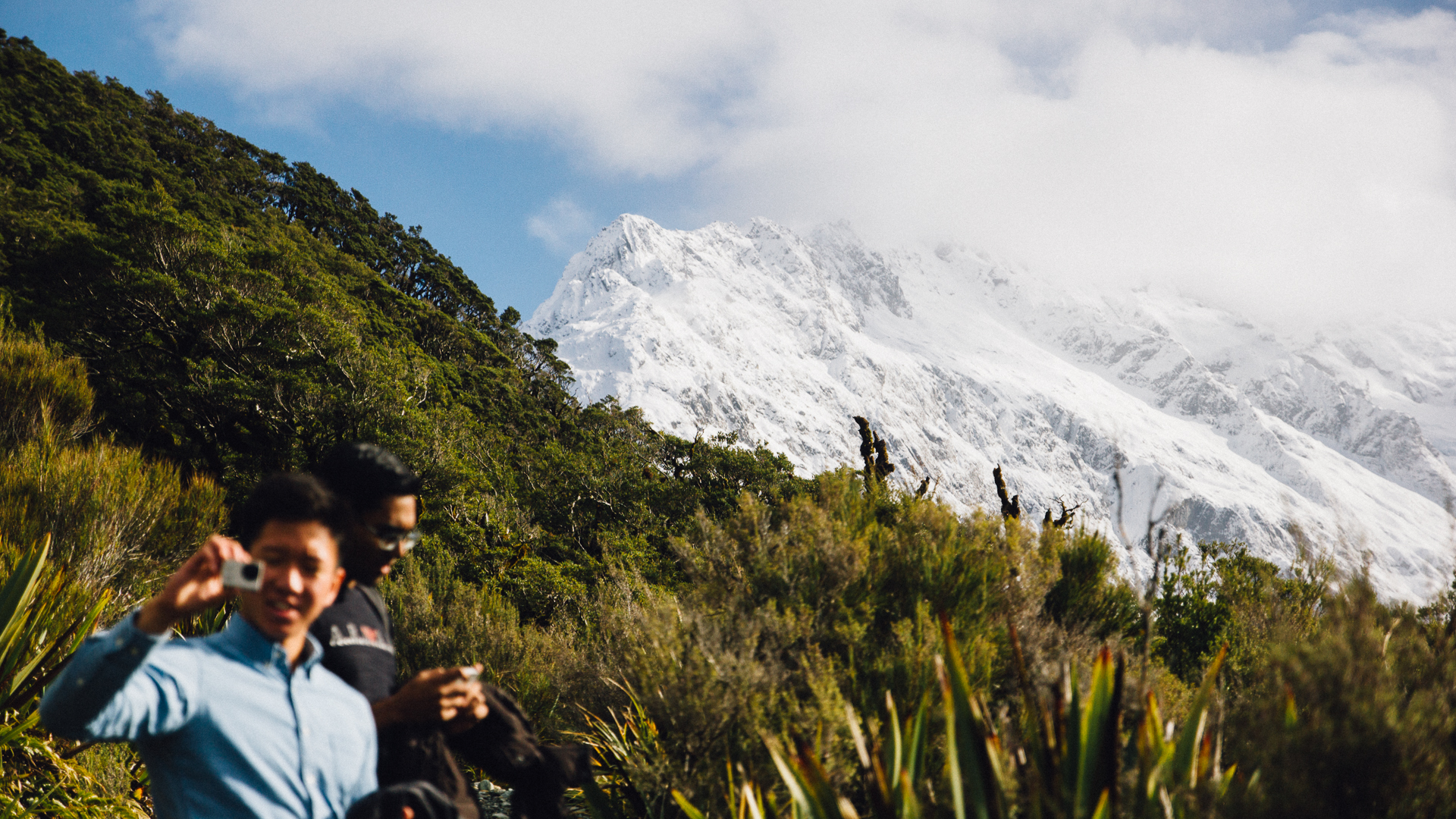 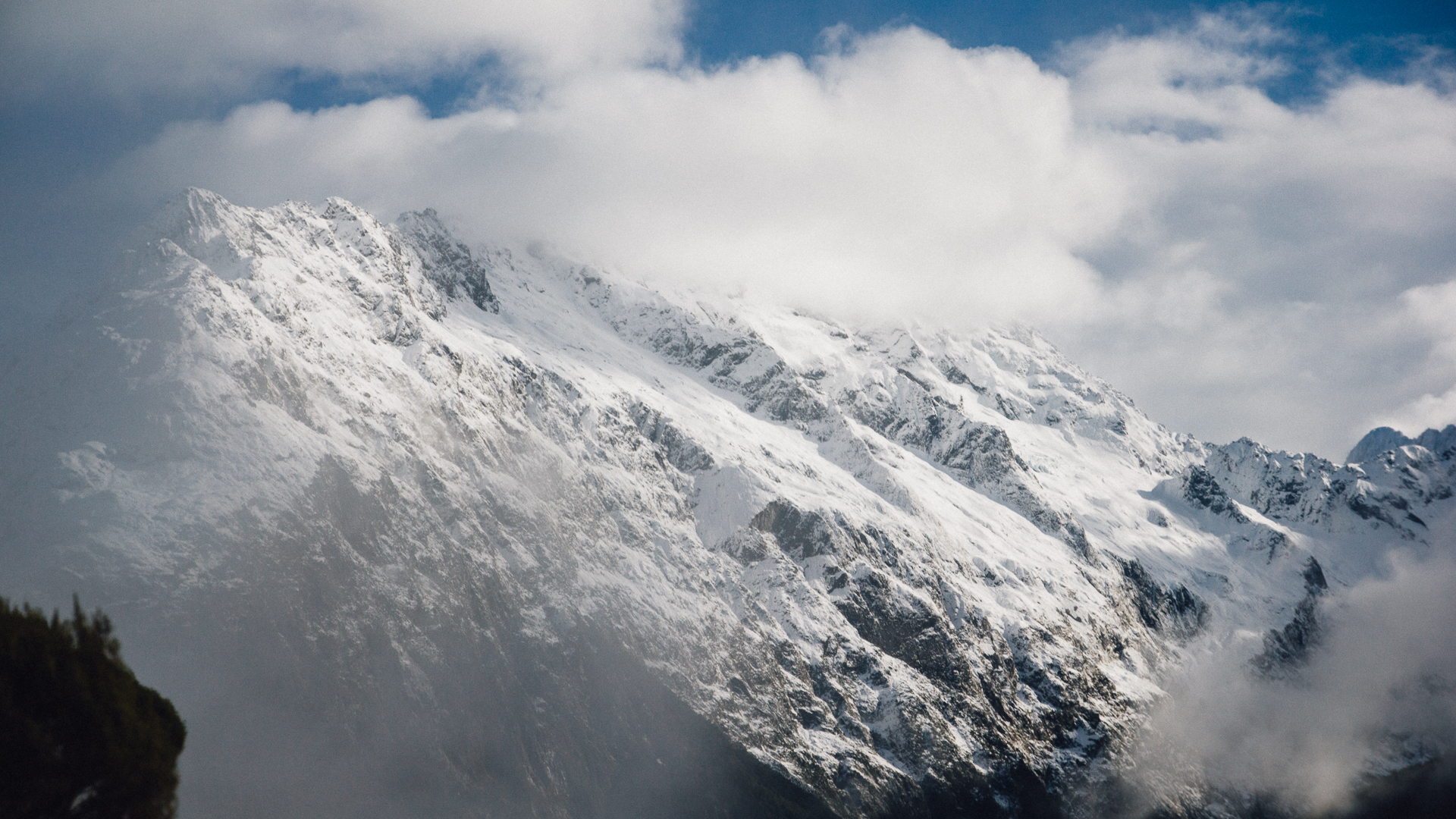 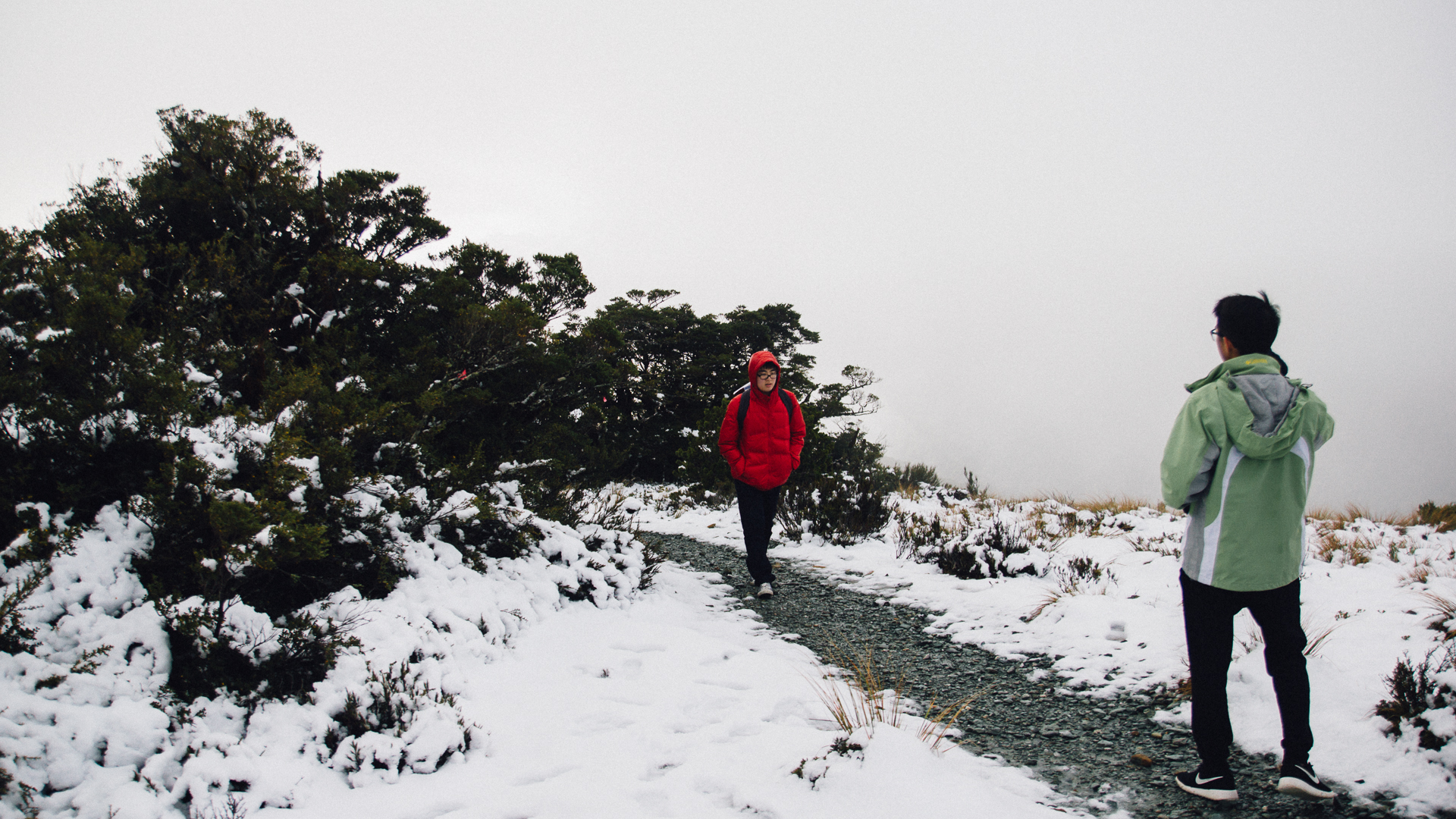 The low clouds came in quickly so we did not really get to see much of the valleys and lakes around us. We could catch glimpses of the snow-capped mountains around us but never forget that we are on one itself. As usual, the photo-taking commenced. 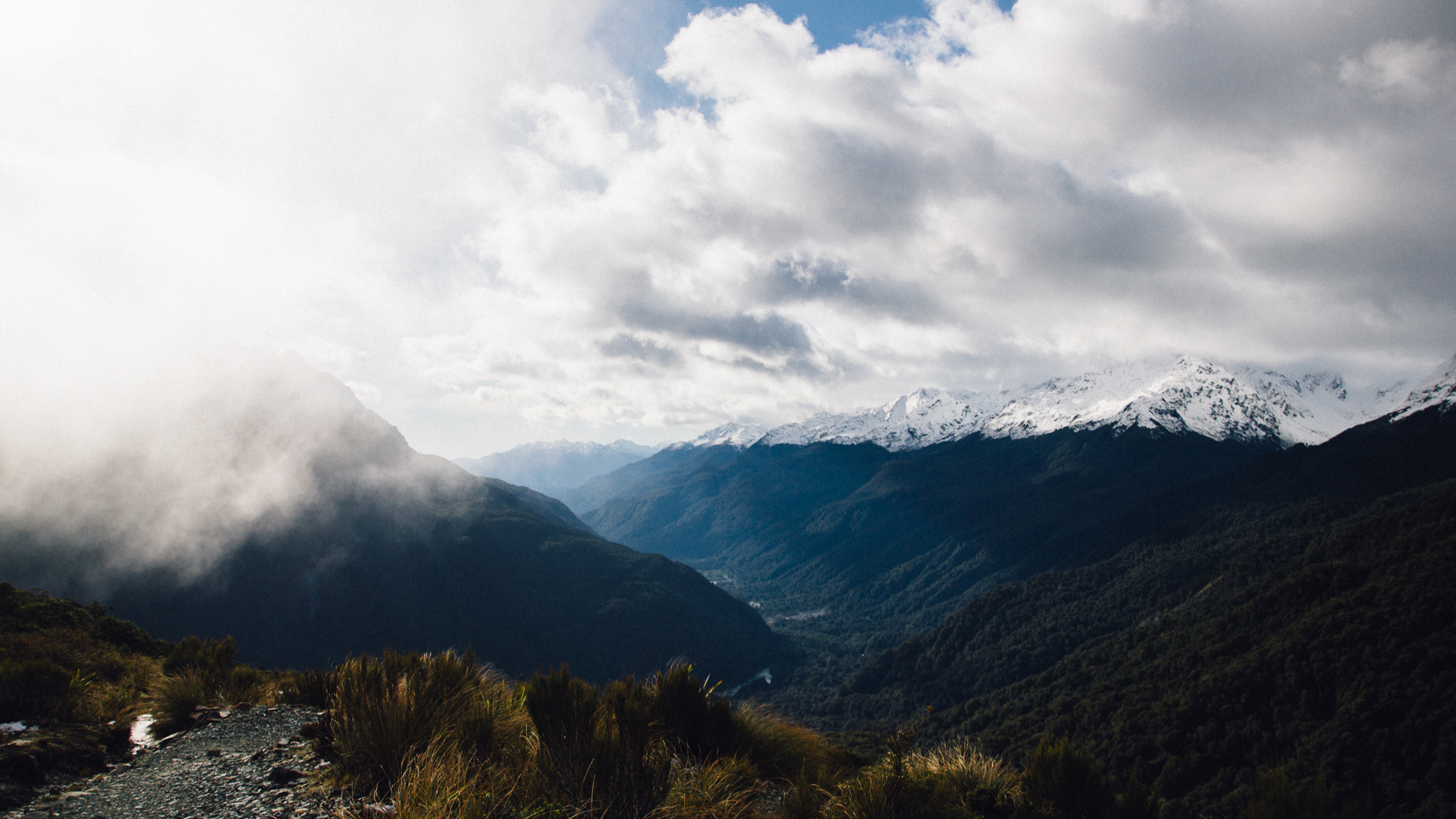 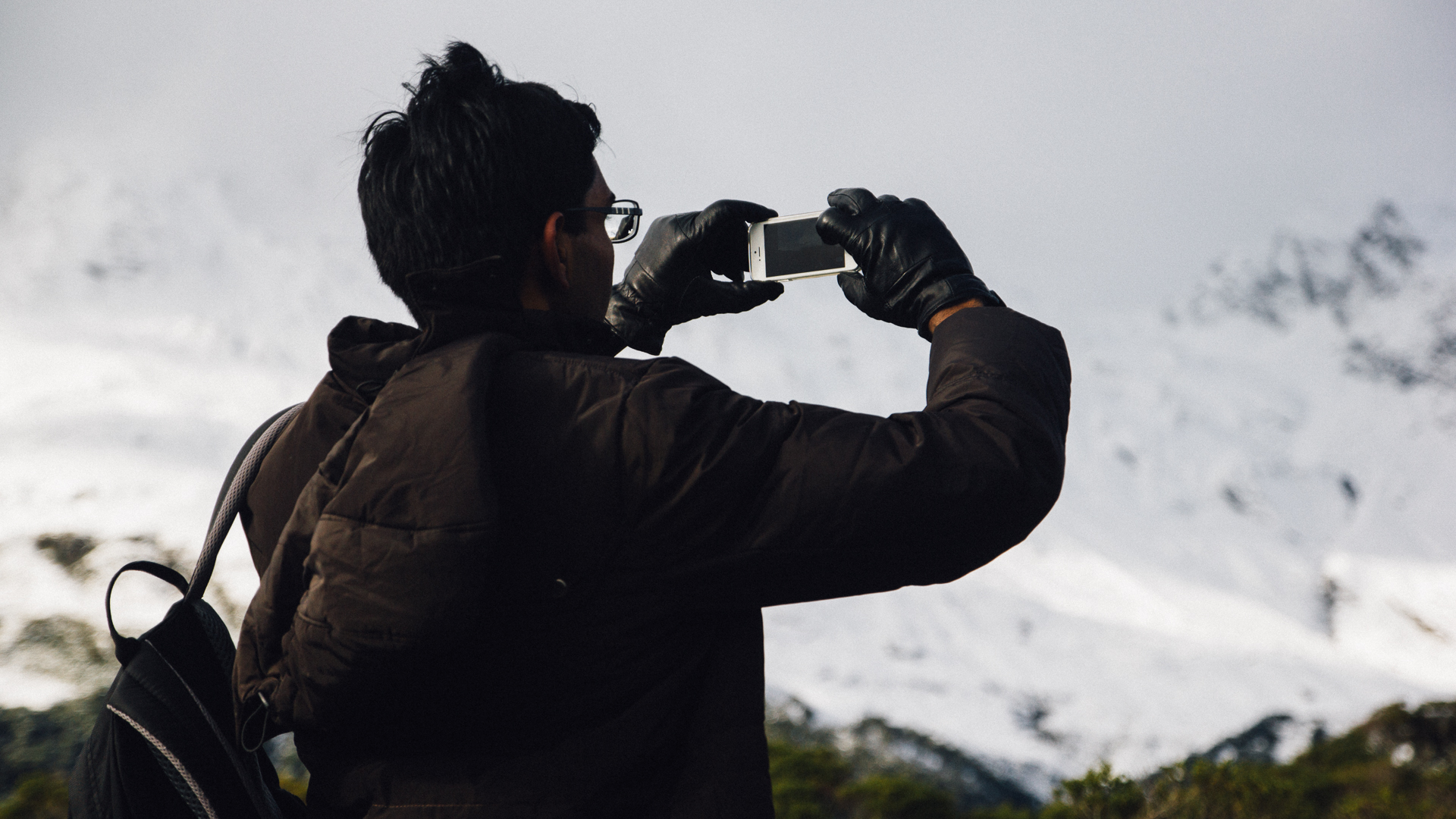 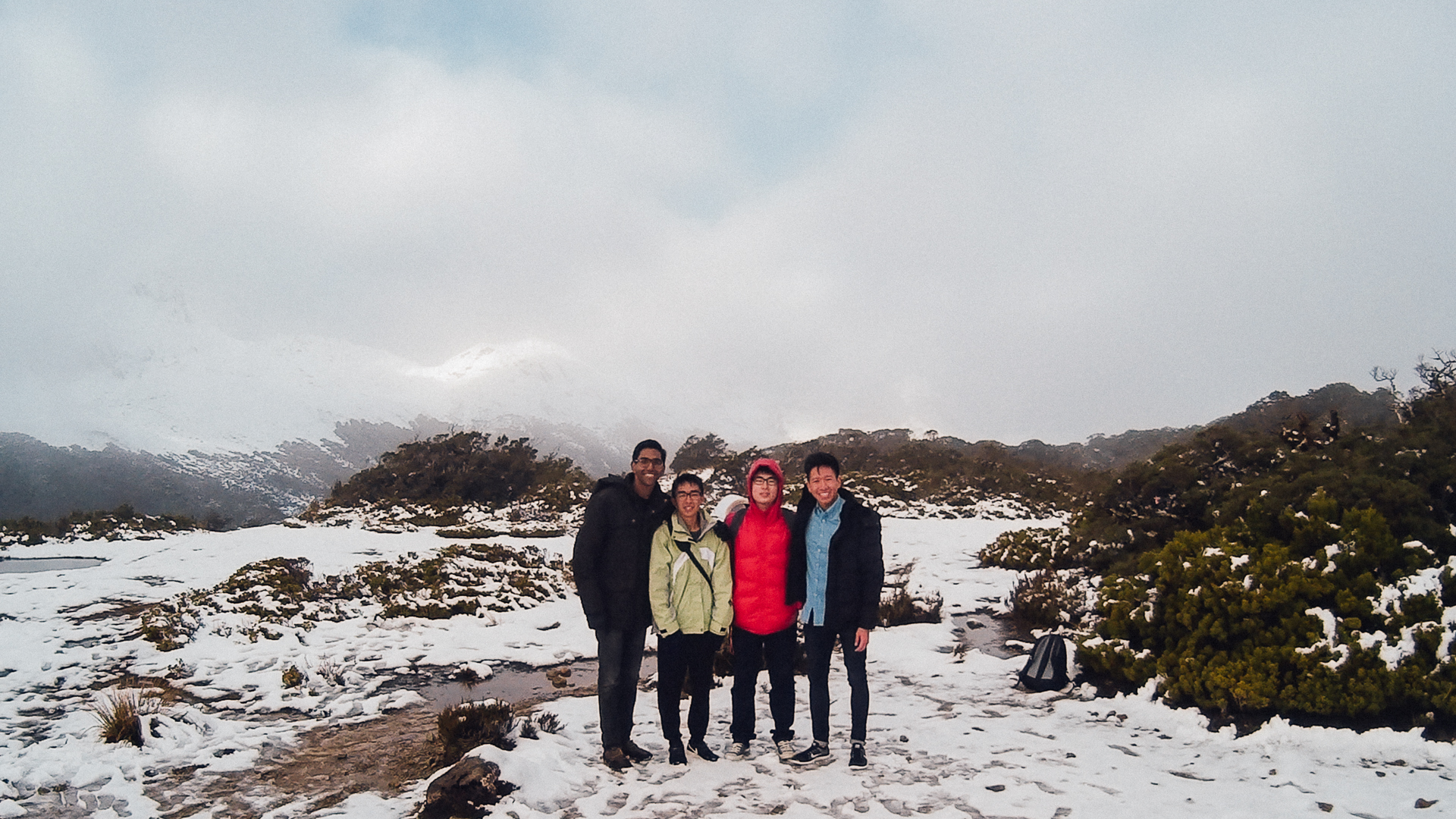 We finally descended to the car park as it was late in the afternoon. The four of us were all hungry from not having lunch and we drove back to Queenstown. Dinner was settled at Devil's Burger after looking around the town. Chilled in our hostel, checked Instagram and all, we finally fell asleep after a beautiful day on top of a mountain.

Since the gondola up to the top of Skyline Queenstown only starts its operation at 0900 hrs, we decided to sleep in a little on our last day in Queenstown. After having cereal for breakfast, we booked our gondola + 5 Luge rides from our hostel's receptionist before we headed off to the base of the gondola.

We had a fun time at the Skyline Queenstown Luge! The first ride was a familiarization course in the Blue Track. Everyone who wanted to do the Red Track had to go through the very first ride, and so most people would be left with one less ride from the total. The four of us decided to race each other in our third ride before recording fun video shots on our last two rides. 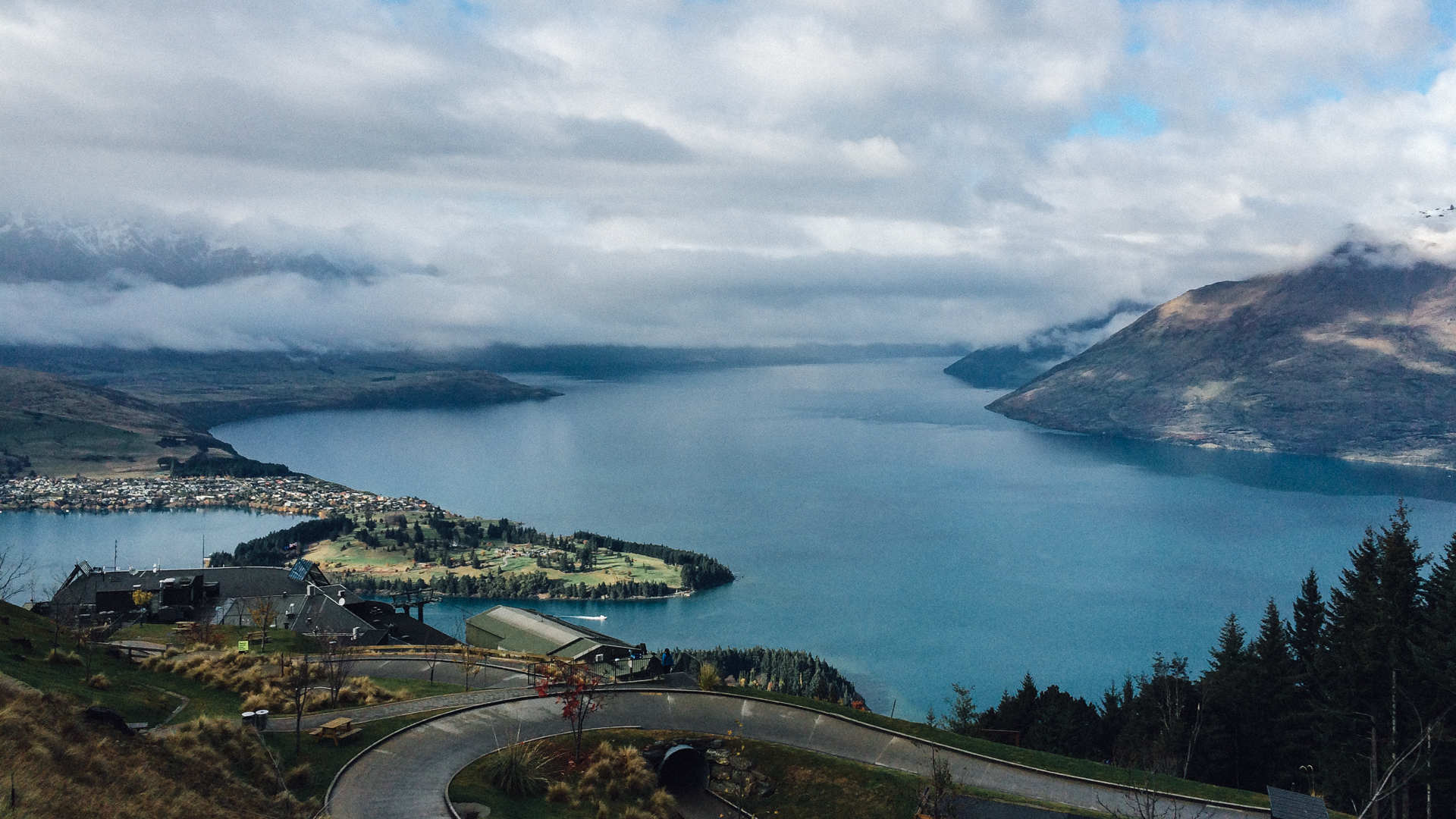 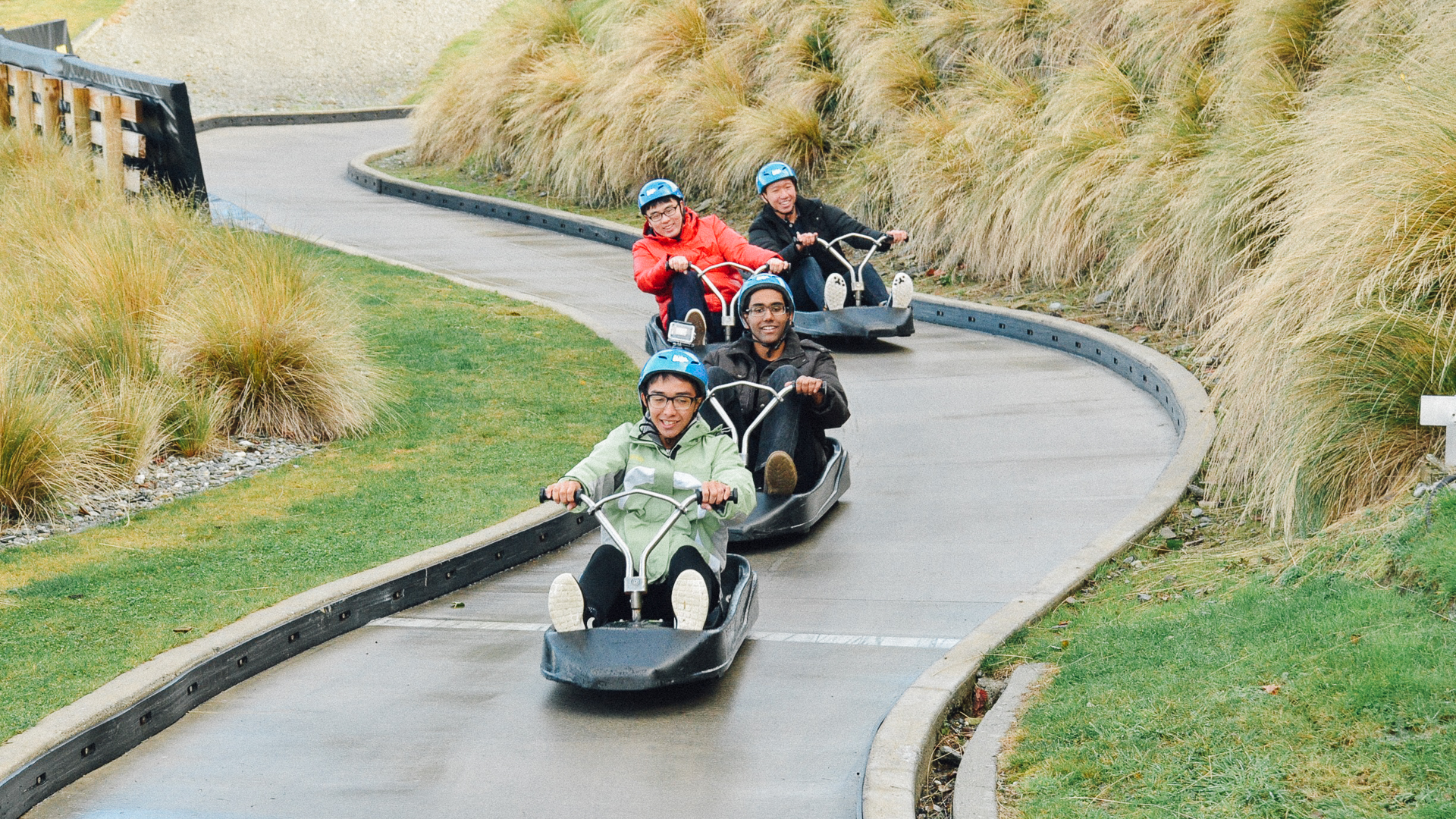 All smiles on our faces, we took the gondola down to the car park and left Queenstown for Dunedin. After driving for about 3 hours 30 minutes, we finally arrived in Dunedin: the second-largest city in South Island.

Our only activity in the city was actually the Cadbury World factory tour. Since it was a Saturday, we paid NZ$16 for the short tour. If you are interested in the full tour, do visit the factory on a weekday. We settled for this tour at the very last minute as we did not have anything planned for Dunedin.

After tasting the goodness of some liquid Cadbury chocolate, we ended the tour by getting ourselves goodies from the shop. Here's a shout-out to the Cadbury Jaffas that tasted really good. Please buy a small pack, try it and then get the bigger packs to bring home. I bought them for my colleagues in camp but did not get any for my family. I did not try them in Dunedin so I regretted not buying more to share with my family.

We drove off after the tour to our Airbnb accommodation. After placing our luggage and bags in the rental house, we headed out to look for dinner. As we had previously passed by Wendy's during our drive to the apartment, we entered it on the GPS to get directions to it. A short five-minute drive away, we arrived at the land of fast food restaurants. After checking out the ones we do not have in Singapore, we decided to go for Wendy's since the outlets in our country closed down.

Done with dinner, we went to grocery shop and then rested in the cozy apartment. After watching the movie Shanghai Knights aired on their local channel, I went to bed.

We were nearing the end of our road trip in New Zealand and with tiredness taking a toll on us, we woke up later than scheduled. Breakfast was cereal with milk, a quick one and we were out of the house.

The destination was Mount Cook, about four hours away. Throughout the journey, we had to rely on granola bars and leftover supermarket cookies as we did not grab lunch before leaving Dunedin. Having traveled for 300 km almost everyday, we sort of got used to not having lunch. 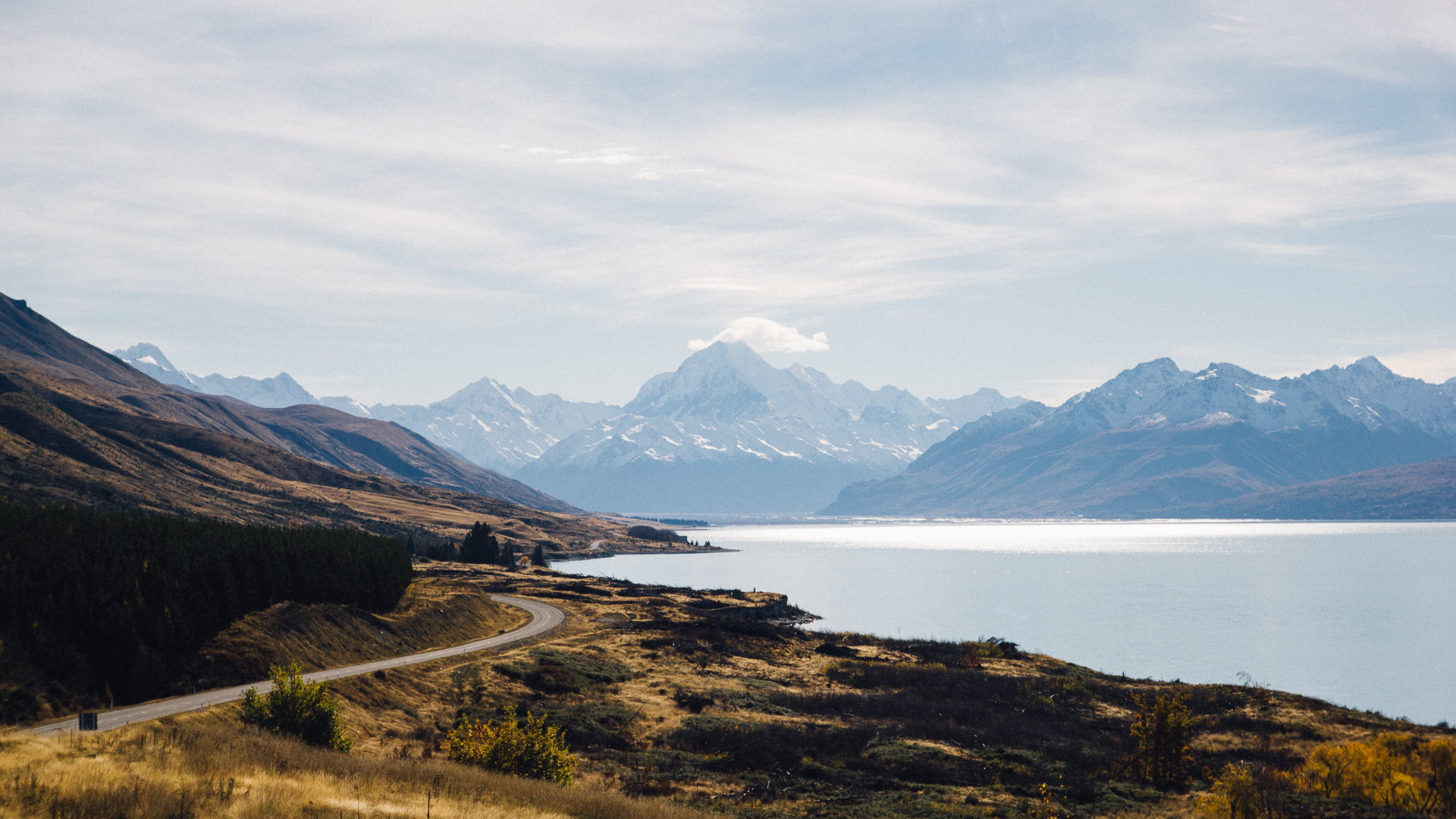 As we wrapped around Lake Pukaki before reaching Mount Cook, we stopped by at Peter's Lookout. We took photos of the beautiful blue lake surrounded by snow-capped mountains, said hi to two Korean girls in their camper vans and then headed off to Hooker Valley Road. With 5 minutes left in our journey, I decided to stop over to the side of the road for us to take some photos of Mount Cook in the background. 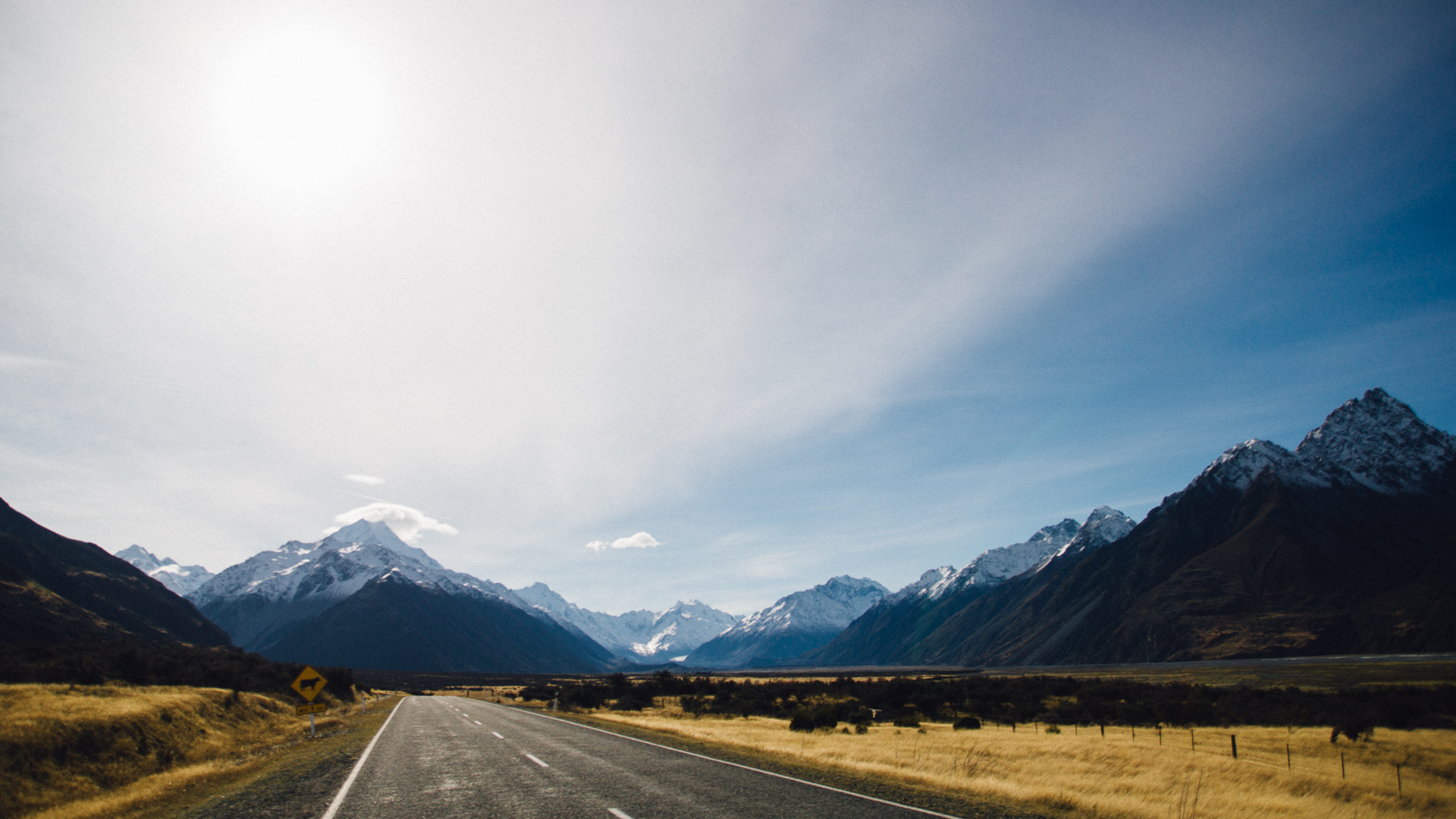 Continuing on after taking photos, we headed straight for the Hooker Valley entrance from the highway. We parked our vehicle, tracked for about four hours on the Hooker Valley Track. I guess we could agree that we were a little disappointed by the views we had because we have seen many snow-capped mountains over the past few days so it was a norm to us by then. Still, I was amazed by how huge Mount Cook was but the dirty lake was nothing fanciful. It was just like the murky, gravel water at Blue Pools. But the ice bergs made up for it. Took one up and soon my palms turned numb. I would still recommend people to visit this popular track of the tallest mountain in New Zealand! 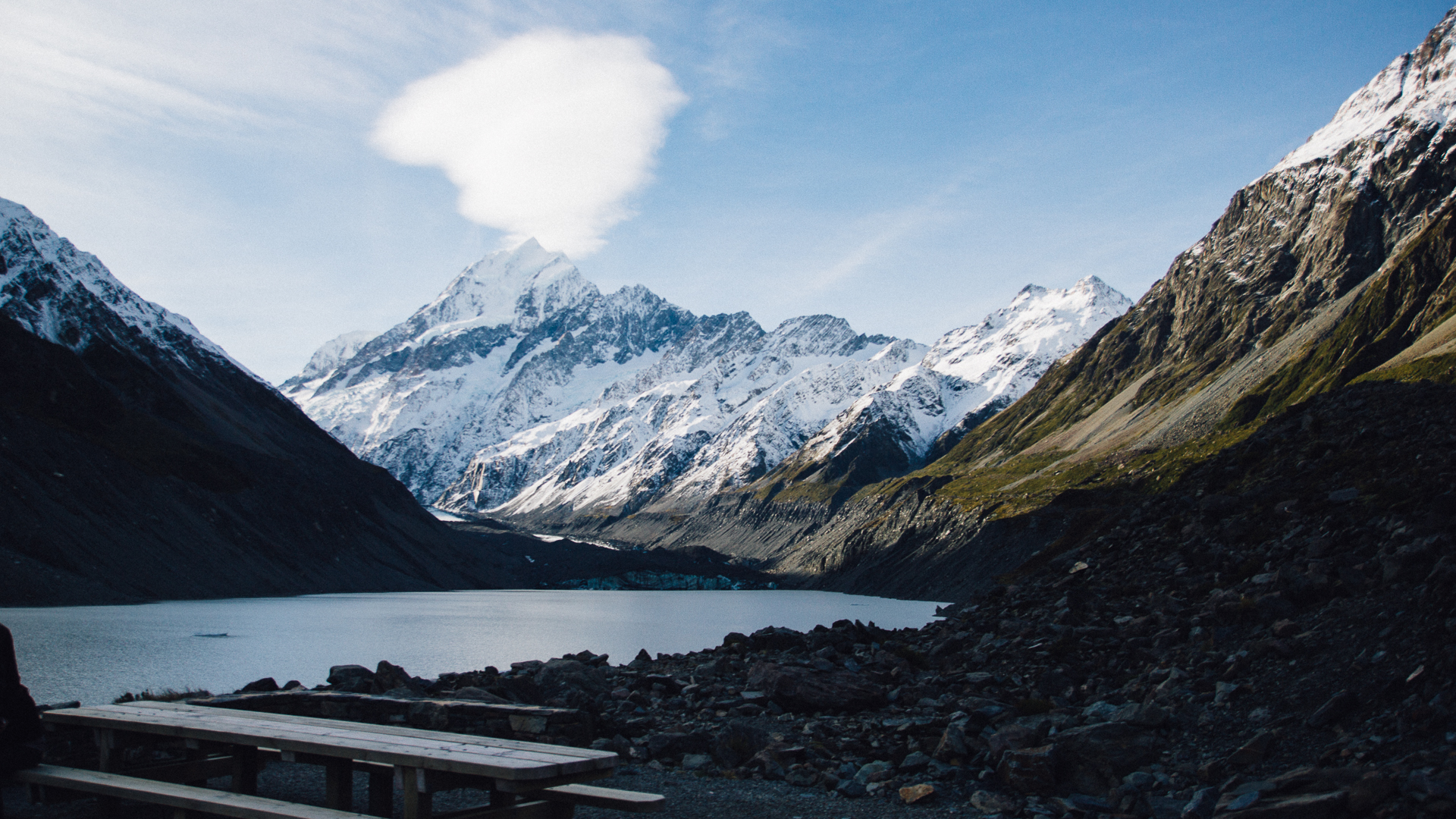 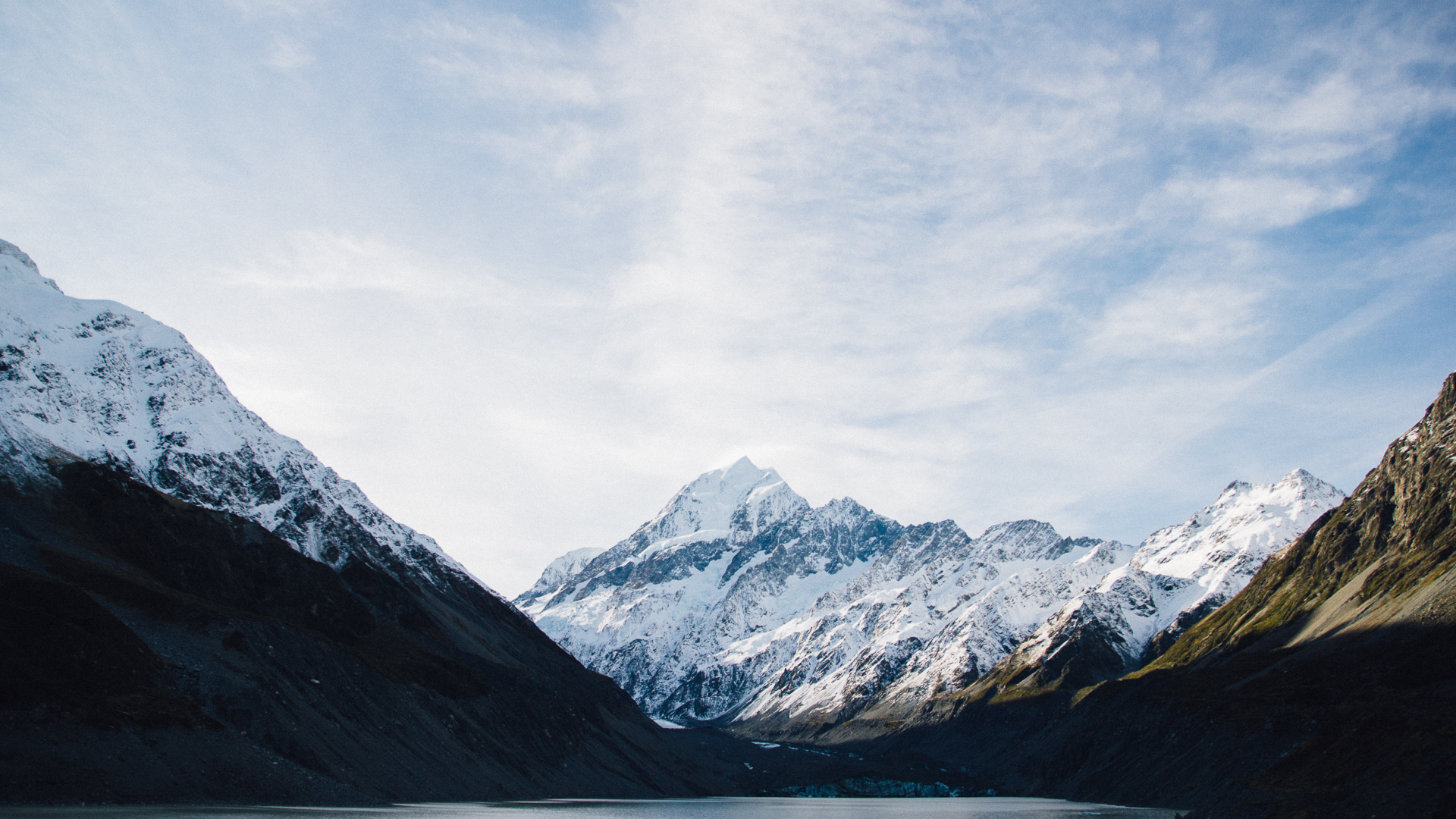 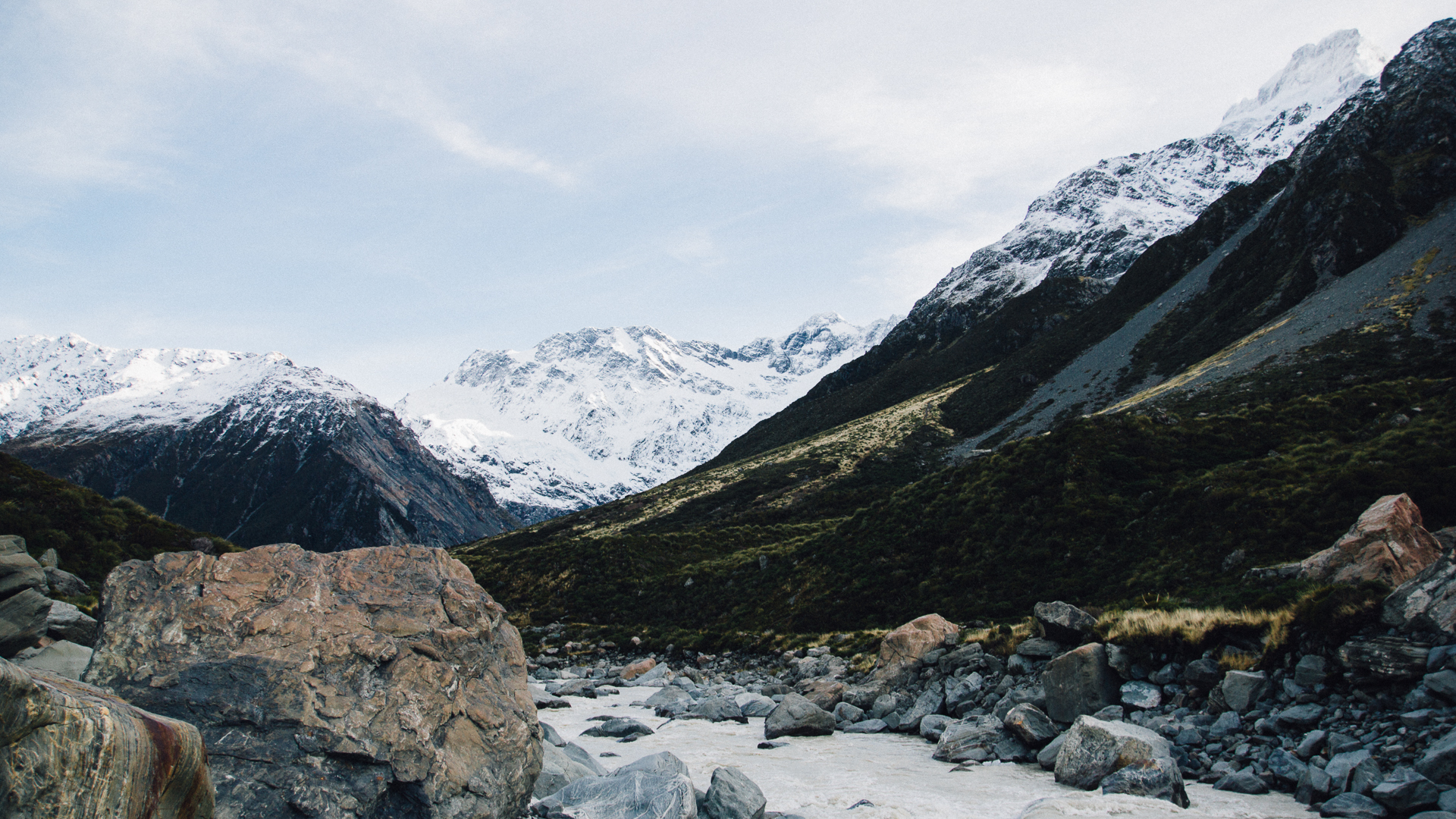 After completing the track, we returned to our vehicle and drove to our accommodation for the night: Mt Cook Backpacker Lodge. I must note that Google Maps brought us one huge round to reach the accommodation. Instead of a short one to two-minute drive from the left of the highway exit, we drove to the right and went one huge round. Nevertheless, we arrived, unpacked and got our dinner. 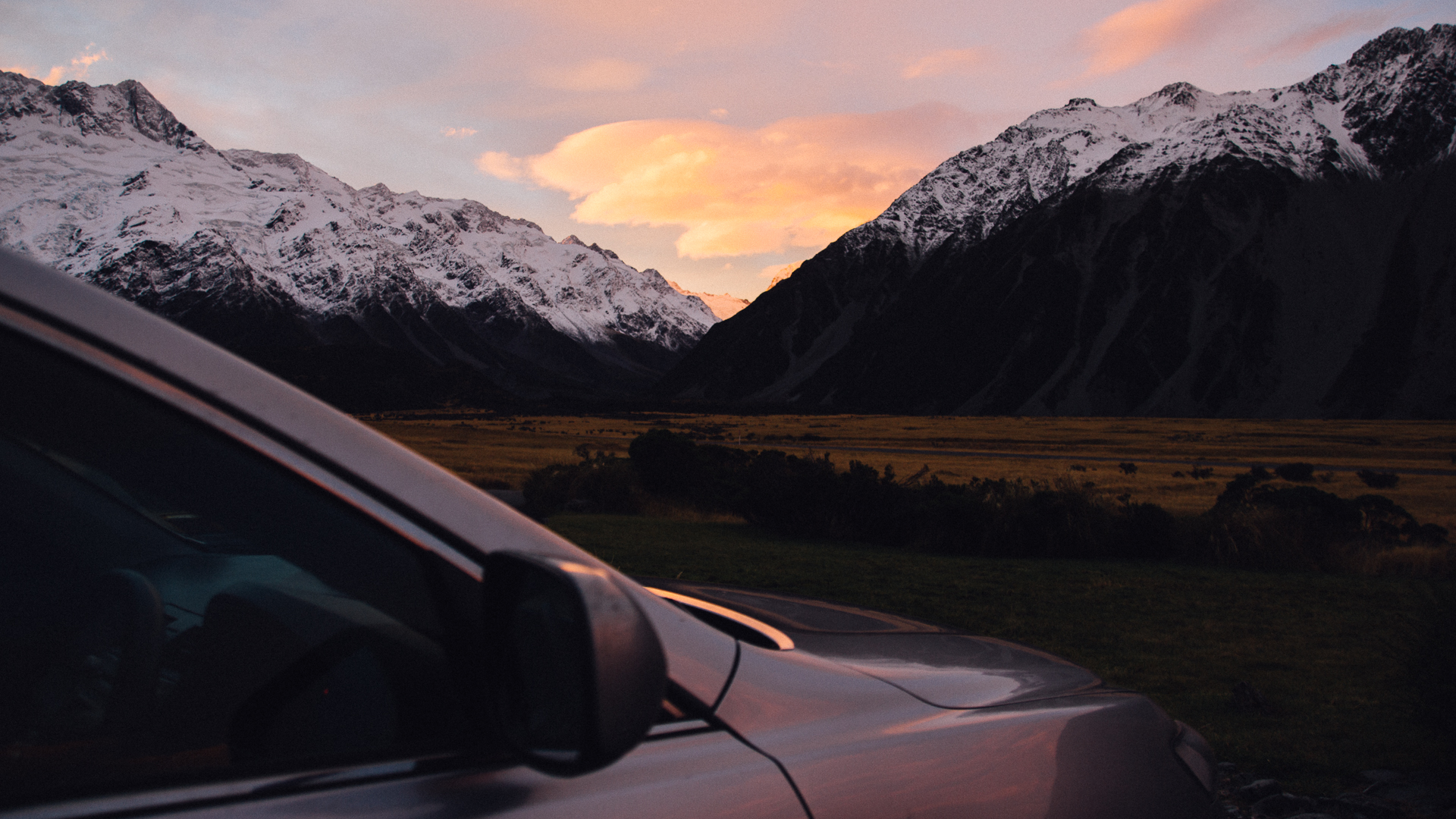 Another note: despite the expensive prices of the dinner meals at the bar, it would have been worthed it. We ordered two pizzas to split among us but noticed that the Chinese tourists around us ordered those NZ$20 western meals that smelled really good and had huge portions! 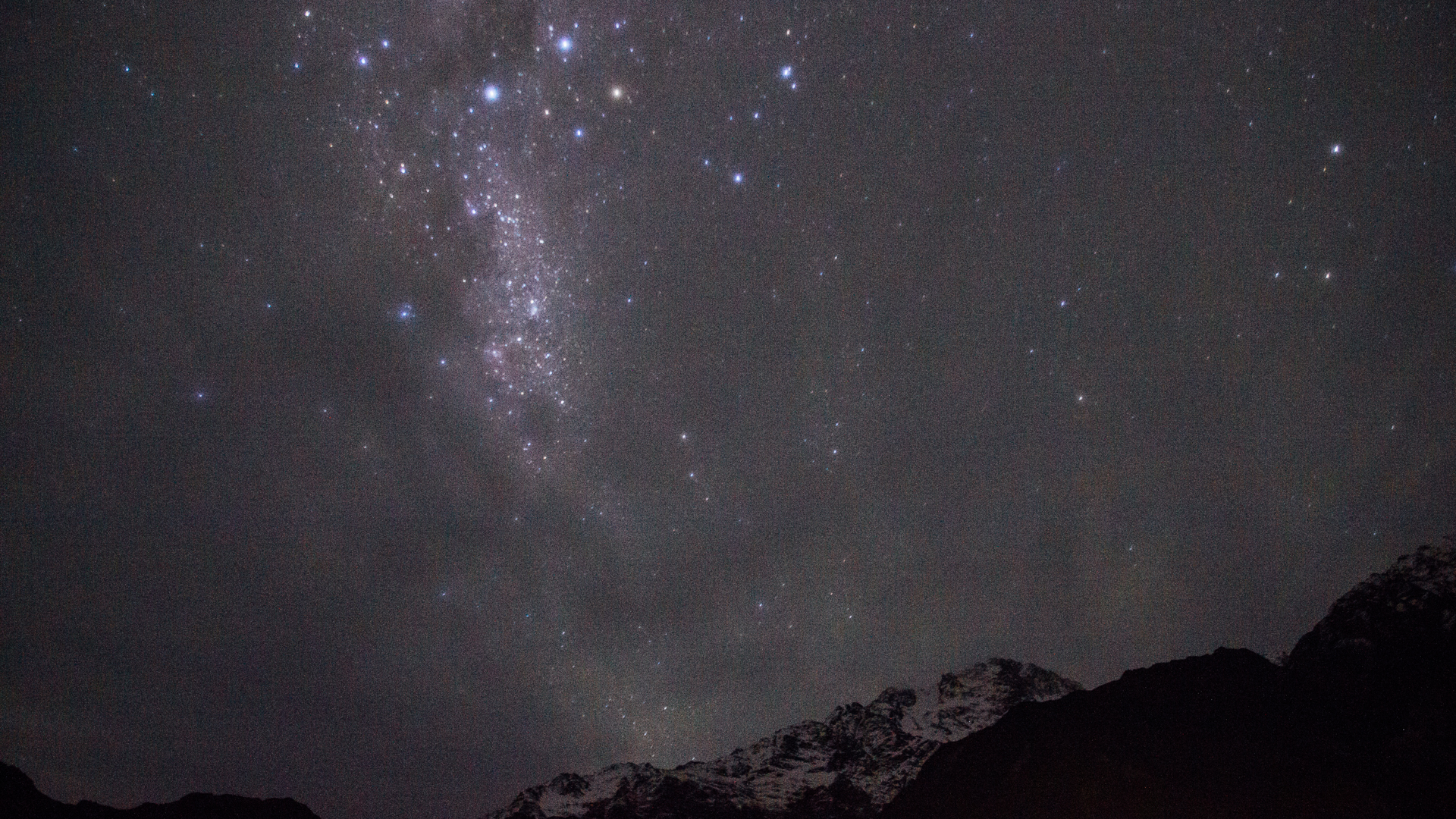 As I had plans to photograph some stars at night, I took a nap at woke everyone up at 0000 hrs. Groggy and whatnot, we headed to the Hooker Valley entrance first. Out from the vehicle, I took some long exposure photos with my tripod while shivering as the cold wind blew at me. It was really cold! After about two-three photos, I quickly hopped back into the vehicle. We headed off to our next destination in the middle of the night: Mt John University Observatory, one of New Zealand's darkest areas for stargazing.

Whilst driving, we noticed that wild rabbits were around the road side. We finally reached Lake Tekapo on low fuel and wanting to fill up the fuel tank so that we could return to Mount Cook, we were stuck. We did not have a credit card to use for off-hours petrol usage. They required us to have credit card with PIN, which we did not have. Xiu Ming suggested that we waited a while outside the Four Square supermarket. Shortly after stopping the vehicle, we noticed that a vehicle was pumping petrol at the station we just left. We reached out to the friendly guy and he helped us to fill our tank. We paid him in cash after filling our petrol tank to the brim and headed off to Mt John University Observatory.

To our disappointment, the observatory was closed and we had no road access in. The gate closed at 1700 hrs in Winter and 1800 hrs in Summer. I called that we head for the Church of the Good Shepherd. Another disappointment as the church was a little too small. I have seen beautiful photos taken with the church at night but it was really too cold and dark for me to pick a spot to photograph. As I knew that my friends were tired (they were sleeping throughout the drive), I told them that we should head back to our hostel. As the three of them were tired, I had to take the wheel.

Before the start of the drive, I told myself to drive without killing any wild rabbits since I have two pet rabbits at home. Despite being tired, I managed to finish the 100 km journey back to our hostel. When parking the vehicle, I noticed that the grass patch in front of us had a couple of wild rabbits just staring at us.

0530 hrs, we got off the vehicle and went to bed tired from the lack of rest.

Day 10 - Christchurch Following the late night's sleep (or early morning you might put it that way), we…

Day 3 - Golden Bay, Takaka Right after a hearty breakfast, we headed to Takaka on a long journey.…